Havana Club and Skepta announced an exclusive collaboration inspired by the brand’s cuban roots and Skepta’s nigerian heritage. At the heart of the collaboration is a new limited-edition Skepta Havana Club 7 bottle, which has been designed to support their shared global community.

Havana Club, Skepta and friends all connect over shared values and attitudes. At a time of global uncertainty and unrest this stands firm now more than ever, with communities – both local and global – coming together to share collective ideas, visions, and discoveries from afar.

Havana Club, Skepta and friends all connect over shared values and attitudes. At a time of global uncertainty and unrest this stands firm now more than ever, with communities – both local and global – coming together to share collective ideas, visions, and discoveries from afar.

Skepta drew upon this sense of discovery and community when he visited Cuba in 2019. In Havana, the international grime icon and Nigerian Yoruba chief found deep links between Yoruba culture and Afro-Cuban spirit. Yoruba heritage is infused throughout Cuban traditions with its links to the West African people and is experienced in the joyful energy and DIY spirit of Cuba which brings people together. It is a creative essence that Skepta also sees reflected in his own London community.

Together, this brought Skepta to the Cuban concept of ACHÉ; interpreted as the creative, universal spirit that binds all of us. It is aché which Skepta has channeled into his Havana Club 7 collaboration, with a bottle design symbolizing his vision of global community, brought to life through creativity, love, and cultural connections.

The new design features traditional Nigerian cultural symbols, including Ewe Oshun leaves used in Yoruba rituals, cowrie shells found in sacred statues of Elegua, as well as Guiro textiles and Conga drums. The bottle is dedicated to a global community of creative thinkers and doers – the people we raise toasts to the world over. 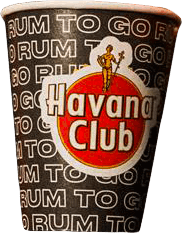 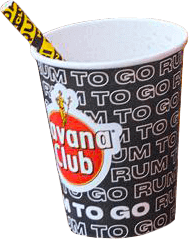 Havana Club and Burna Boy celebrate the power of culture and communities with a Limited Edition of Havana Club 7. Honouring one’s roots is something that the artist and Havana Club share, from Nigeria to Cuba, and Burna Boy wanted to make sure the limited edition bottle reflected this pride in one’s origins.

Havana Club associated with SNEAKERNESS TOUR and went all around Europe to give sneakers aficionados a proper fair with their favourite brands/designers and lots of experience around them. A limited-edition bottle was designed by the Sneakerness creative team and seeded/raffled to a lucky few.

In June 2019, Krisy, Darrell Cole, K1D and Saskia travelled to Cuba with Havana Club, the authentic Cuban rum brand, heading into the studio with Cuban artists Daymé Arocena and Kumar to record a brand-new EP, titled “Havana Club Sessions Vol. 1”. A limited edition bottle was produced for the release of this album using the design of the cover for the creation of the label.

Havana Club TML XV has been crafted from a special blend of the finest rums bases in Cuba, and each of these bases has been ageing for a minimum of 12 years, and up to 40 years, in casks that are 60 years old. The result is a rare, limited-edition release of just 2,000 bottles that have been revealed at Tomorrowland festival in July 2019. The complex, dark rum can be enjoyed neat or with ice to highlight the richness of its flavours, including aromas of sweet tobacco, vanilla, butter toffee, caramelised tropical fruits, cinnamon, and other dark spices.

Havana club and Places+Faces unveiled a new streetwear partnership and launched a limited capsule collection. Havana Club & Places+Faces share a mutual love for meeting new people, travelling around the world, and street music parties! The collaboration highlighted a lifestyle that both rum drinkers and fashionistas have made their own. The common objective of our collaboration was therefore to make La Havana nightlife known to the world as well as allow people to feel its authentic vibe.

Havana club x Aries Arise announced their collaboration and partner with photographer Joshua Gordon, to launch a multi-media project called ‘Butterfly’ among which the production of a limited-edition bottle.

99GINGER and HAVANA CLUB collaborated with local underground collectives from around the world… It was no the perfect opportunity to connect with our foreign namesakes, in order to bring our audiences together around a common vibe and energy. We also created a merchandising for artists, including, of course, a bottle Havana Club 7 x 99GINGER!

Havana Club and Skepta: an exclusive collaboration inspired by the brand’s Cuban roots and Skepta’s Nigerian heritage. At the heart of the collaboration is a new limited-edition Skepta Havana Club 7 bottle, which has been designed to support their shared global community.

Retrosuperfuture and Havana Club come together to celebrate Havana as an inspiration: the culture, the city and the acetate. Throughout a capsule collection and a series of e-events, we cheer to the arts and craftsmanship of today’s scene. From Havana: the city, the rum, the material, stretching globally throughout 5 cities: Milano, Berlin, Moscow, Shanghai and Havana, Cuba.